H1b Rush is because of people sending in applications all at once. The panic feeling has made it more like a race than a formality. Everybody looks at previous years records and often conclude that its getting messier. I think there is so much exaggeration and unnecessary hype and heat created by people in the government and among applicants and has now lead to such a situation.

I wouldn’t want to get the hopes high for people considering to apply but here is my theory. Every year, say a X number apply for H1 Visas, out which majority come under the 65 K quota and a small population comes under the exempt MS Degree Quote of 20 K and plus there are H1b holders who apply for extension etc.. Last year, this number was about 150 K application in just 2 days. Thanks to media and other factors which made it happen in two days rather than 30 plus days.The cap exempt Visa (20K) did not fill until April 30. I guess the MS applicants took it a little lighter. This year, everybody is speeding and I am pretty sure everybody has sent his/her application in and there will be no application floating after April 1st outside USCIS and hence I feel the USCIS will go nuts trying to go through them all at once instead of a months time.

So, it is very clear, (there might have been an increase in the number of applicants ), that its not so bad as we think. This effect is because of the cautious applicants who over whelm USCIS with their applications by sending it all at once. I am not saying that we should be cool and send them late but be cool and take it easy after you sent it. I am hoping it to be positive for me (not high in hopes but keeping my fingers crossed).
So Good Luck for those applications which go into the random selection.
–
www.durgeshbhat.com 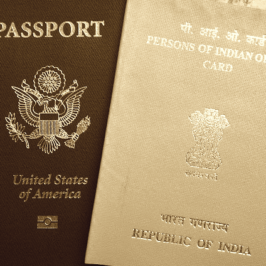 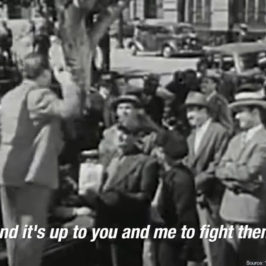 In 1943, the US War Department released this video to tell Americans not to fall...

E-Verify is an Internet-based free system developed by the United States Government to provide business...

So last year you filed for your H1 and it came back saying, “You’ve been...